It's a bird! It's a plane! It's a Banner in Support of Christine Blasey Ford!

UltraViolet-Commissioned Plane Banner Reads: “THANK YOU CHRISTINE. WE HAVE YOUR BACK”

PALO ALTO, CALIFORNIA -- On Thursday, September 20th, starting at 11:00am PT, a plane will fly over Palo Alto reading “THANK YOU CHRISTINE. WE HAVE YOUR BACK”applauding Dr. Christine Blasey Ford’s bravery in coming forward to share her story about how Supreme Court nominee Brett Kavanaugh sexually assaulted her.

“We believe women and we believe Christine Blasey Ford. Ford has demonstrated tremendous courage in coming forward and sharing her story of how Brett Kavanaugh sexually assaulted her. She is a hero and we have her back,” explained Shaunna Thomas, co-founder of UltraViolet. “Violence against women should have no place in our society and it certainly should have no place on the highest court in the nation. Brett Kavanaugh should withdraw his nomination.”

Over the weekend, the Washington Post published a piece in which Christine Blasey Ford, the writer of the confidential letter accusing Supreme Court nominee Brett Kavanaugh of sexual assault back in high school, came forward to speak out about her story. In the piece, Ford described how Kavanaugh pinned her to a bed on her back and groped her over her clothes, and that when she tried to scream, Kavanaugh put his hand over her mouth.

Zerlina Maxwell partnered with UltraViolet to put out a call for thousands of UltraViolet members and concerned citizens to sign a card to Dr. Christine Blasey Ford, thanking her for her courage in coming forward, letting her know that they believe her and will support her.

"I partnered with UltraViolet because when right wing attacks came my way, they had my back,” explained Zerlina Maxwell.  “As a survivor of sexual assault who has experienced rape culture and victim blaming first hand, it's crucial to know that you are not alone.  I want Dr. Ford to know that what she is doing is brave and that she has millions of survivors standing beside and behind her in solidarity."

UltraViolet is an online community of over 1,000,000 women and men who want to take collective action to expose and fight sexism in the public sector, private sector and the media. Find out more at WeAreUltraViolet.org.
Email Post 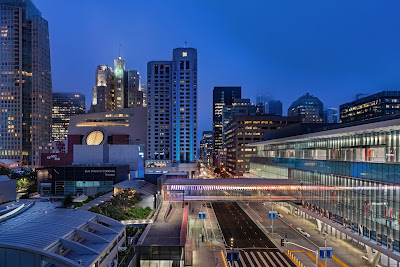 San Francisco Writer
San Francisco, California, United States
I'm a freelance writer - www.sanfranciscowriter.com - in the beautiful city of San Francisco. I'm making the best of these lean times by seeking out all the best bibulous bargains, comestible closeouts and economical events with special attention to the Richmond District and Downtown SF.